With little under a week to go, things are hotting up for National Stationery Week (24 – 30 April), with 75 retailers involved in this year’s event – more than ever before. Retailers are able to download a free POS kit to use in-store, as well as enter pictures of their display into a competition to win hundreds of pounds-worth of stock courtesy of the sponsors of the 2017 campaign.

Some of the retailers who are supporting National Stationery Week include: NotOnTheHighStreet, Paperchase, WH Smith, Smiggle and The Pen Shop as well as many more independents around the country.

Retailers have really embraced the Week over the past few years, taking part in the Seven Days of Stationery campaign and display competitions. Last year, participating retailer Calliope Gifts in Dorking saw a 111% increase in its stationery sales during National Stationery Week, which continued above normal levels for over three months afterwards.

Sarah Laker from Marple Stationery Supplies in Marple, Cheshire says: “As an independent high street retailer, in an age where online sales are soaring, National Stationery Week is a time to celebrate the nation’s love of stationery and to shout about what we have to offer. We use the buzz created by NSW to entice customers into our stores to experience the smell of a newly sharpened pencil, the beckoning of a blank page in a notebook, the endless colours of highlighters, crayons and pens.”

The royal stamp of approval

This year the Royal Mail will be franking every letter posted from Monday 24 April to Saturday 29 April with the National Stationery Week logo and the #writingmatters hashtag. It is hoped that the postmark will not only be seen by millions of people, but also encourage people, young and old, to get involved with the event to prove that writing matters by sending letters to loved ones and friends. 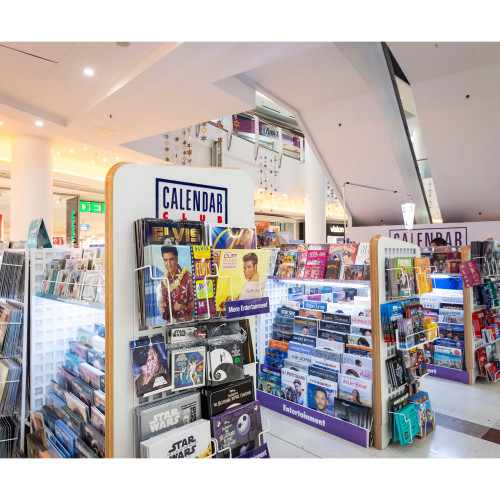 GCA Members Urged By The Government To Have Their Say On Possible Brexit Changes
on February 27, 2020
Publishers, retailers and trade suppliers have until March 5 to make their concerns heard ...

Agent’s Opinion: Richard Pass, agent covering the North of England
on February 27, 2020
In the fifth of a series, agent Richard Pass shares his take on trade ...

John Lewis’ Sarah Moughtin Extends Her Card Buying To Include Waitrose
on February 25, 2020
John Lewis & Partners’ 9% increase in Valentine’s gets year off to a good start ...
Get the latest news sent to your inbox
Subscribe to our daily newsletter