With interest building for the Olympics and Paralympics in Tokyo this summer, the sporting flavour this year will be high with athletes from all over the globe honing their skills to compete across the 33 different sports.

PG Buzz ‘tracked’ down some of the industry’s own team of ‘medal winners’, aka independent sales agents whose respective and multifarious talents see them overcoming hurdles and delivering glory for both the companies they represent and their retail customers.

Richard Pass, agent for the North of England takes up the baton and gives a ‘run down’ of life in his fast track!

What’s in your ‘kitbag’ of companies you represent?

“The card publishers I carry are: Alljoy Design, ArtPress, Dandelion Stationery, Quire, Redback Cards and Two Little Monkeys. Some of these I represent for the whole of the North of England while others I cover the NW or NE.”

What Olympic event is most akin to you as an agent?

“Being an agent is like synchronised swimming, in so much as, while we are self-employed we have to work as part of a team. Each individual member – publishers, retailers and agents – keep themselves afloat while working towards a polished display to entice the consumer.”

What have been the hurdles and ‘high jumps’ of trade in the last year for you?

“2019 was mixed – a real sink or swim year. Some retailers did well. Sarah Laker of Stationery Supplies (in Marple), for example, has reported an increase of 38% on card sales. I too have had my best year.

However, on the flip side, some businesses have had to close. There was such a general lack of consumer confidence, but one of the advantages of being an independent is the ability to react quickly to changing trends.”

“I am very optimistic about this year, with a more settled attitude in the country as a whole. That said, we can’t afford to just tread water, we need to embrace new challenges and work smarter.

I think consumers are more environmentally aware and looking for eco-friendly products. With printing in the UK, publishers like Dandelion Stationery and Two Little Monkeys will benefit. Also added value products such as the Shine and Pinata ranges from Redback Cards will continue to sell well.”

Tache Lives Up To Its Name With A Movember Charity Collaboration 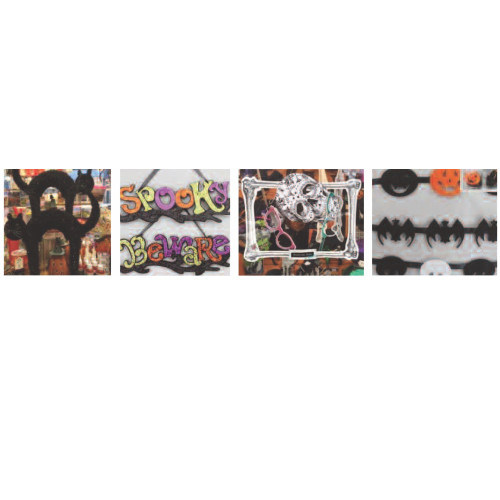 Riverside Greetings’ Brand Relaunch Capitalises On Opportunities In The Convenience Sector
on May 11, 2021
Consignment publisher invests in rebrand, research and marketing initiatives...

What’s Hot in Daisy Park, South Molton?
on May 11, 2021
Emma Paisey, owner of Daisy Park reveals some of the store’s best sellers...

CBG’s Martin Horner To Get On His Bike While Bill Greeno Is All Geared Up
on May 11, 2021
Publisher’s head of sales to leave to set up his own cycle business...

Tache Lives Up To Its Name With A Movember Charity Collaboration
on May 11, 2021
Modern Mister Movember range to be sold in John Lewis, Waitrose and online...

GCA Sparks Interest From Financial Times Over VAT Changes To EU Exports
on May 4, 2021
Second GCA post-Brexit panel discussion was crammed full of advice and insights...
Get the latest news sent to your inbox
Subscribe to our daily newsletter