Founders of leading greeting card wholesale publisher Simon Elvin Ltd – Janet and Simon Elvin – received a lovely surprise last week when they were asked to “pop down to the company’s canteen” at its Wooburn Green headquarters.

Simon and Janet walked through the door to be greeted by a roar of cheers as unbeknownst to them their staff were all assembled to present them with gifts and a cake to mark the company’s 40th anniversary.

“I knew that we were coming up to our 40th anniversary, but had no idea that David Orr [operations director] had worked out the exact day and got everyone together. It was very touching,” Simon told PG Buzz.

While caught on the hop on that day, Simon made an impassioned speech: “Most importantly I wanted to thank everyone who had contributed to our company over the last decade – although my biggest thanks need to go to Janet [Simon’s wife] who has played such a crucial part in making the business what it is today. In the early days she used to write out the invoices by hand – and we never received any complaints.  Thankfully she doesn’t have to do that anymore!” said Simon.

Although the Simon Elvin group extends way beyond its wholesale publishing brand, now also including Paper Rose, Glick, Nigel Quiney and Polytint, its ‘first born’ will always remain very special to Simon, not least as its company logo is his personal signature.

Over the last four decades Simon has lost count of the number of designs the wholesale publisher has produced: “It must be over 50,000 different designs by now, but I still vividly remember the very first range…excitedly skipping around the kitchen when those first cards arrived, having dinner, then packing up the orders. I used to go out selling during the day then Janet and I would work until midnight to pack up the orders.”

Looking back at the lessons he has learned along the way, Simon quips: “The older you get, the more you realise you don’t know.”

When pressed on the advice he would give his younger self, he reveals: “Ignore the end consumer at your peril. When you look to publish any design, you always have to have in your mind, ‘who would buy it and who would they buy it for?’ Thank goodness that there are over 60 million people in the UK and they all have different tastes and different relationships to cater for!”

As David Orr, operations director of Simon Elvin quite rightly pointed out: “The fact that so many people have been part of the Simon Elvin ‘family’ for so many years is a testament to Simon and Janet’s caring nature that go towards making it a very happy place to work.”

PG Live 2020 Will Not Go Ahead As Planned In September

The Henries 2020 Moves To Online Entry And Judging 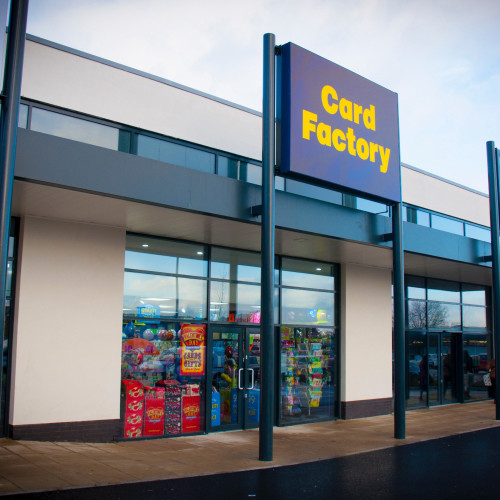 Card Factory Prepares To Only Re-Open 100 Of Its Stores On June 15
on June 2, 2020
Evolved strategy sees Card Factory’s new aim to be ‘the world’s best greeting card retailer’ ...

The Henries 2020 Moves To Online Entry And Judging
on June 2, 2020
New judging and entry process safeguard the industry’s Henries awards ...

PG Live 2020 Will Not Go Ahead As Planned In September
on June 2, 2020
The ongoing impact of Covid-19 sees dedicated greeting card show being cancelled ...

What’s Hot on www.lovemooch.co.uk?
on June 2, 2020
Rachel and Paul Roberts, co-owners of Mooch (four shops in Northampton, Olney and Towcester) as well as an established online presence reveal their top sellers during lockdown ...

Life In Lockdown: Karen Wilson, co-owner of Paper Salad
on June 1, 2020
The co-owner of the Manchester-based card publisher is missing industry chums and her hairdresser!...

Card Shops’ Disappointment At Later Reopening Date As Many Were Ready
on May 27, 2020
Five Dollar Shake’s stylish social distancing PoS goes down well with retailers’ re-opening look ...
Get the latest news sent to your inbox
Subscribe to our daily newsletter