Multiples, Indies And Publishers Galore Engaged With Thinking of You Week

There has been a great deal of thought expended towards Thinking of You Week this year, with retailers, publishers and suppliers all pulling together to make the 5th anniversary of the event more embracing than ever before.

“The reach has been so much greater this year – extending way beyond the confines of our industry and deep into the consumer market,” said a delighted Sharon Little, ceo of the GCA of the Thinking of You Week activities which encourage people to send extra cards as a show of support, love and care.

In addition to the previously announced activity (from UKG, Hallmark, Tesco, Waitrose, Paperchase, The Art File and Belly Button), PG Buzz shares a taster of just some of the other activities that have gone on this Thinking of You Week… 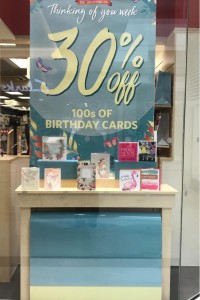 Clintons has really got behind Thinking of You Week this year.

Age UK’s Drovers Centre, close to the GCA/PG offices made greeting cards the focus of their ‘reminiscence group’ meeting this week. As Sharon Little, ceo of the GCA (pictured with some of the group), who initiated the activity explained: “Our theme was around special letters and cards received and written throughout their lives.”

Sharon led the group with their regular host Andrea Sinclair. 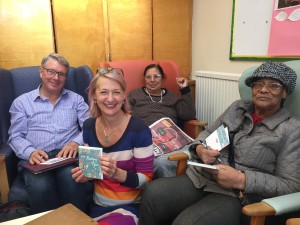 The GCA provided the cards and pens were donated by Zebra Pens. “The group wrote some really touching cards, some of which were read out. Volunteers were on hand to help some of the participants who were a bit too shaky to write the cards themselves. I bought some of Royal Mail’s latest beautiful poppy stamps so they had the postage paid as well. It was very special.” 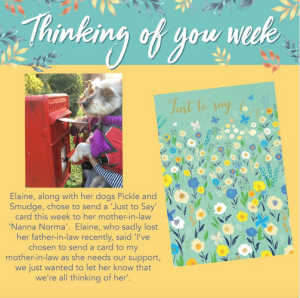 Abacus posted lots of lovely images on its social media channels each day of the Week of the cards members of their team sent and the story behind the send. 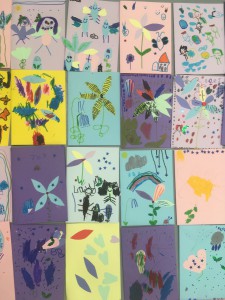 The children came into the hall one class at a time and everyone made a Thinking of You card using collage petal shapes, pens and some sequins.

“The children really loved it,” explained Sarah. “They added Thinking of You messages to the insides of the cards that they had thought of earlier with their class teachers. The cards were then given out at the Harvest Festival service to all who attended. I think it really made them think about others and the positive effect of giving a card can have.” 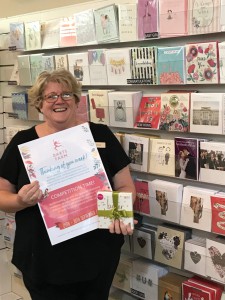 Darts Farm in Devon ran instore competition for customers to win 10 bundles of cards. The competition, which featured the Thinking of You Week branding was promoted all around the store as well as on its social media channels.

In addition to its work with its retail customers to help promote the event, Hallmark worked with its local school, St. John’s Primary School in Bradford by donating cards to encourage pupils to get involved in Thinking of You Week. The pupils were encouraged to send a card to someone they care about throughout the week. 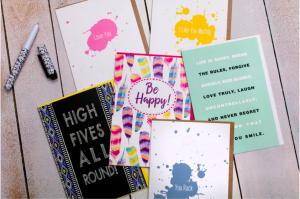 Everything must go at Paperchase

Lesser & Pavey gets the bug

Cheque it out at Cardgains

Get loving with Me To You

Everything must go at Paperchase
on February 7, 2023
Closing down sales see scramble for store acquisitions...

Cheque it out at Cardgains
on February 7, 2023
Charity challenge sees Alzheimer’s Society collect £26,645 - now sign up for this year!...

Get loving with Me To You
on February 7, 2023
Cute brand partners with Tesco as well as supporting independent retailers...

Page 3’s Rhian turns talent to cards
on February 7, 2023
Pun-loving glamour model moves into greetings for new online business venture...
Get the latest news sent to your inbox
Subscribe to our daily newsletter