The Henries’ Raffle Pushes The Light Fund Charity Towards £1.4 Million

The winners of The Henries 2018 were not confined just to those who went home with a trophy. A fabulous line-up of raffle prizes was extra incentive for attendees to dig deep, raising around £7,000 for the industry’s registered charity, The Light Fund. 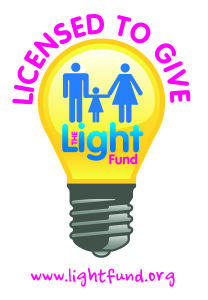 The monies raised at The Henries through the raffle means that The Light Fund is now on course to this year reach an astonishing £1.4 billion fundraising milestone since its inception in 2004. The registered charity has helped thousands and thousands of people all over the world, and the funds raised from raffles at The Henries and The Retas have helped to significantly swell the coffers over the years.

The Light Fund, is now accepting applications for funding from any registered charity organisation whose beneficiaries are children, women or men. Those in the greeting card industry are urged to get involved by encouraging any registered charities with whom they have an affinity to put forward distinct projects that they would like The Light Fund to consider funding.

Charities have until Tuesday November 20 to make their submissions online, via The Light Fund website.

There are a few stipulations, which include that the projects should benefit children and/or adults, are capped at a cost of £5,000 and should be completed in 2019.

The Light Fund committee (which includes PG’s Jakki Brown) will meet in early December to vote on which of the submitted charitable projects will be supported. Those who are successful will be informed in mid December and receive the funds by the beginning of January 2019.

It’s been a record year for fundraising activities for The Light Fund, as a staggering £230,000 was raised as a result of a 325-mile cycle ride from Bristol to Dublin in June. Among the 70 riders were Danilo’s licensing director Dan Grant, PG’s director, Ian Hyder as well as Pyramid’s Robert Ling, Charlotte Robertshaw and Michael Lipman.

Thinking put into action for TOYW

Henries are ready to rock!

Strong performance at The Works

Ready to run!
on September 30, 2022
Generous sponsors pressed under the iron as greetings trio take on Sunday’s London Marathon...

Strong performance at The Works
on September 30, 2022
Value retailer hits £10.2m profit with ex-Card Factory boss at the helm...

Henries are ready to rock!
on September 27, 2022
Just nine days before host Patrick Kielty announces 2022 winners at fab 50s fling...
Get the latest news sent to your inbox
Subscribe to our daily newsletter