Glasses Were Raised, Excitement Shared At A ‘Cheers For Cardies’ Toast

In a greeting card community equivalent of a ‘Clap for Carers’, yesterday evening saw card retailers, publishers and suppliers meet up for a ‘Cheers for Cardies’ collective toast, a few days ahead of the official re-opening of many greeting card shops.

Armed with G&Ts, mugs of tea, glasses of beer and lots of cheer, indies, small groups and multiples ‘Zoom’ed in to the event, organised by PG Buzz, to be welcomed by a grand array of card publishers wanting to wish them well for Monday (June 15), their first ‘bricks and mortar’ trading day since March 23.

Scribbler co-owners, John and Jennie Proctor were among the first ‘to the bar’, relaying how, contrary to their initial plans of just opening a few stores to start with, they are going for it and all its stores in England will be trading on Monday morning.

“I can’t find the crystal ball to know how we will do!” said John but shared a concern over some of its central London located stores, a point echoed by Brent Milburn of New Frames in Soho, who said that “central London is deserted.”

However, the tone of all other retailers was of palpable excitement about re-opening.

Heidi and Dom Early of Earlybird, who have a shop in Stoke Newington are bracing themselves for a “very busy week” as customers come out in their droves.

Concurring, Sarah Laker, owner of Marple Stationery Supplies said that going by all the feedback she has received from customers via social media that she is “quietly positive” about the re-opening while for Chris and Tracey Bryant (of Expressions, Cats Whiskers and Polkadot in Swindon, Bishops Cleeve and Keynsham respectively), going by the reactions of the many who have been looking through their shops’ windows and giving the thumbs-up, they are also feeling optimistic about next week’s trading and beyond.

Andrea Pinder, owner of Presentation in Barrowford, is another indie who is encouraged by the ‘window in-lookers’. “I was in the shop painting it today in readiness and still took two sales, both for over £60 from people walking past who knocked on window.”

Carl Dunne and Oliver Guise-Smith of Cards & Gifts in Sheffield are doubly excited due to the fact they have opened an additional shop in the city during lockdown.

Tabi Marsh (of Papilo at Heritage, Thornbury), Jo Sorrell (of Cardies, Stevenage) and David Robertson (of JP Pozzi, Buckie and Elgin) were among the other retailers to share in the uplifting event.

As Davora’s Raj Arora summed up: “It’s great to see all the excitement that is bursting out of this screen. I am preaching to the converted, but anyone who has any doubt needs to remember that greeting cards are the best form of social media. Every card that is sent is a mini time capsule – creating and giving memories. Bring on Monday!” 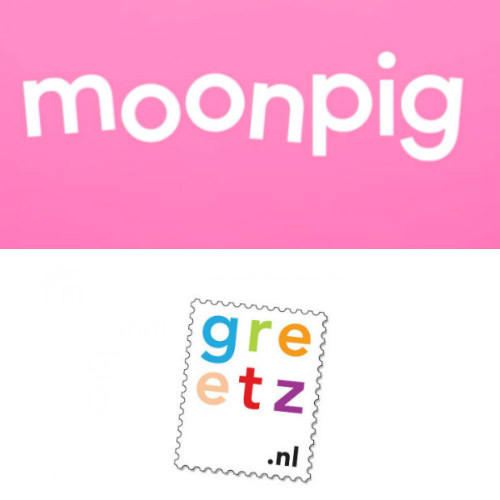