From drag artists and reality show listers to zeitgeist pop icons and movie screen legends, the mass following and immediate recognition of celebrities from many fields has seen them extend their power of influence onto humorous greeting cards, with their own graphical depictions and invariably witty quips.

PG Buzz papped some famous card publishers to find out more about the appeal of the funny fame game and how they satirise these full-on personalities into graphical greeting cards that resonate with the public.

Appeal of the real: “I think with the rise of social media, celebrity culture has become much more popular in the last five years. Without even realising it we are constantly watching what they do – weather it’s scrolling through Instagram, seeing advertisements or watching TV. Whether they are a cult classic or a social media influencer, they appeal to a wide audience. Top sellers just depend on your audience and who you want to sell to.”

Artist’s impression: “I started making celeb cards in 2014 – in fact they were my first range of cards. I initially put my designs on Etsy and saw there was a huge demand for this style. Retailers were a little bit unsure initially as there weren’t many celeb cards of this type around.

I don’t think of creating celeb catchphrases and puns as being any different to creating non-celeb cards. It’s just about bringing your own sense of humour through and making your designs original.”

Appeal of the real: “Celebrities are great for greeting cards as they are instantly recognisable and we have a warm affection for them because we all feel like we know them! They hold a sentimental familiarity for us which is especially so for big characters. One of our personal faves is our David Attenborough card because he’s such a legend  – we all wish he was our grandad! This card has emerging as one of our bestsellers. Another card we’re loving is our new Stormzy card – he’s a local lad done good and we’re proud south Londoners! He went to school just down the road from our office! Other bestsellers include The Beatles, Prince, RuPaul and Jurgen Klopp. Klopp goes down very well in our Liverpool shops of course!”

Artist’s impression: “All the celebrities in our Modern Icons range are hand-drawn by illustrator Jo Burrows of Wot Ma Like (who has also reproduced them successfully on wooden keyrings and coasters). Jo’s ability to capture the likeness and character of the celebrities really bring the caricatures to life. We worked with Jo to add a spot of humour with captions to the famous faces. We’ve found working with Jo has been great as she’s got a similar sense of humour. We’ve found that creating captions to fit the celebrities, that it’s best to keep it simple, keep the captions short and sweet. A witty nod to what they’re famous for and Jo’s great illustrations do the rest!”

Appeal of the real: ”Binge-watching shows with friends, attending their concerts, watching their movies solely because they star in them, quoting their catchphrases, sharing memes on social media – celebrities are such a big part of people’s lives, and to reflect that on a card can be super personal. As an avid meme follower, social media user and Netflix addict, I am constantly inspired by celebrities and their humour and the process of adapting them to new card designs.

Phillip Schofield recently noticed our ‘Silver Fox’ card of based on him, in Cards Galore and put it on his Snapchat story, which was a bonus!”

Artist’s impression: “I particularly love illustrating celebrities from TV shows such as Gavin and Stacey and Gogglebox, two shows I watch and re-watch religiously!

A celebrity’s appropriateness for cards depends on their personality and how well known their phrases are. Take Gemma Collins, as an example. Adding ‘happy birthday’ to her phrases can be simple, but make for a great selling card. Some phrases may need to be worked into the different occasions, but as long as they’re recognisable then that often works well.”

Appeal of the real: “The appeal for celebrities on greeting cards probably has its roots in the political cartoons in the 18th Century by people like James Gilray (though even further back than that, ancient Greek painter called Pauson took great delight in depicting the repulsive elements of Greek leaders).

From those early cartoons to Spitting Image, the Brits just seem to love puncturing puffed-up egos taking them down a peg or two.

When we started six years ago there weren’t as many celebrity card designs out there and we are proud to have played a small part in making them a staple of the UK greeting card industry.

Our first celebrity card was Adele Boy (see top). After finding out that Adele lived in South East London from the age of 11 it seemed too perfect a fit to have her mixed with ‘Del Boy’ – plus the name fit so well! And when we saw our design on a giant flag when she was performing at Glastonbury in 2016 we had a feeling that we might be onto something!

Since we started, social media has become a bigger part of our lives and this has certainly accelerated the proliferation of celebrity-based designs.”

Artist’s impression: “One of our most popular celebrity cartoons is of Bruce Spring Clean and we recently found out that Dame Judi Dench buys our Judi Hench card from her local Scribbler store. It’s good to know that some celebrities can have a laugh at themselves, although I am sure it’s not true of all of them!

We don’t really concentrate on the phrases they say but focus more on puns of their names. We try to come up with ideas that juxtapose their public image or playfully poke fun at them. We do try to be more funny and daft then cruel and cutting because at the end of the day they are all human and even Bruce Springsteen might need to clean his bog at some point. Nothing wrong with that!”

Appeal of the real: “Our cards are heavily inspired by everything trending – pop culture, music, food, etc. It wasn’t something we consciously planned – it was just something that inspired us and it came naturally. Our greeting cards are all about finding ways to bring back the personal touch to communication by encouraging handwritten messages amidst all the memes, GIFs and WhatsApp forwards. Our celebrity cards bring what we spend hours scrolling through on our phones onto paper.

While the instant recognition of celebs plays a part we feel illustrating the famous person in a humorous way or adding some fun text adds to the appeal.  While Beyonce, Happy Bey-Day is our best seller, my fave celebrity has to be Rihanna as I just love her energy and find her incredibly inspiring.”

Artist’s impression: “How easy is it to turn celebrity’s phrases into funny gags? It’s a mix, we want the text and illustration to reflect the celebrity and their personality and still fit in a category for card giving – so it is not always easy. Sometimes the phrases come in a minute, sometimes it takes days!”

Appeal of the real: “I love pop culture especially when it extends to tapping into nostalgia too, both of which are at play in our Characterful range. They really bring people together as they share in the joke. Blackadder is a favourite, despite not being on TV so much anymore.”

Artist’s impression: ”I try and keep the phrases simple and clear, some really lend themselves to occasions, like ‘Hello Darling’ for Valentines, and Ron Swanson’s ‘I regret nothing’ has been used as an Anniversary card! I think the simplicity adds to the gag!”

This article originally appeared in the Focus on Humour supplement which was distributed with Progressive Greetings’ May/June edition which was published recently.

Wouldn’t you like to hold them both in your hands so you can flick through and read them wherever takes your fancy?

However, if you can’t wait…to read the Focus on Humour supplement online, you can click here.

Top: (left-right) Scribbler was among those to respond to the Netflix mega hit, The Tiger King; Adele Boy from Quite Good Cards and Gavin and Stacey’s Ness from Native 21. 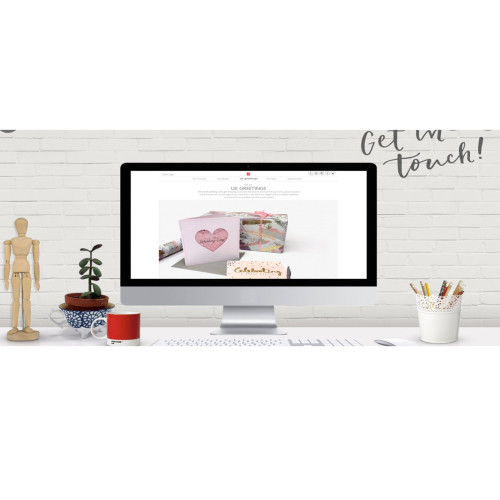 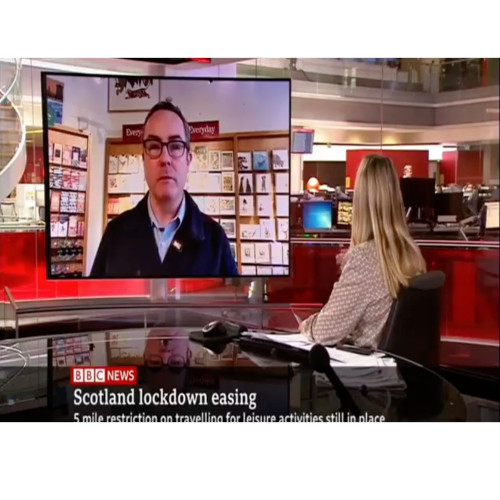 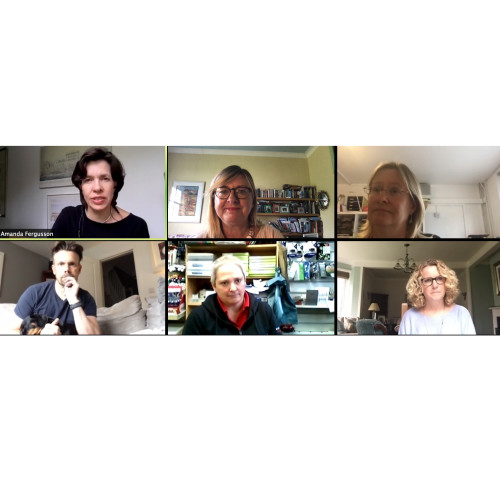 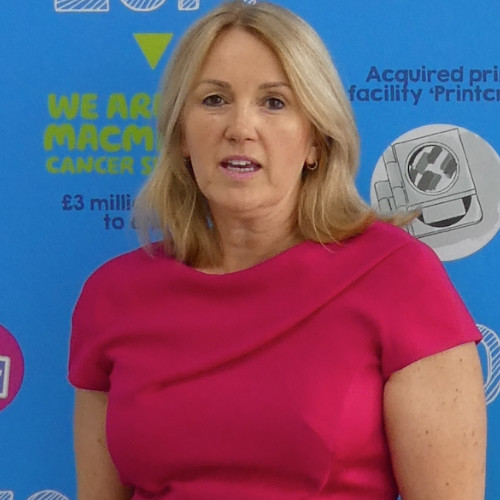 Karen Hubbard, ceo of Card Factory Is Leaving The Business

GCA Meeting Brought Publishers And Retailers Together To Discuss Diversity In The Industry And Initiate Progress On This Front
on July 3, 2020
Card Factory, Moonpig and Scribbler ...