Woodmansterne, Carte Blanche And Cherry Orchard Give Away £Thousands To Indies

“I had never won anything in my life, until I answered the phone yesterday at noon that is,” Alison Rickards, co-owner of independent card and gift shop, Present Company in Wimborne, Dorset told PG Buzz. “I was amazed and delighted to be told that we were the lucky winners of the Woodmansterne Spring Fair Prize Draw which means we now have £1,000 to spend on Five Star Day treats, which is lovely.”

Woodmansterne offered all of its retailer customers the chance to be entered into the draw including it as part of its invitation to the Spring Fair. Retailers just needed to complete their details and pop the invitation into a box on the Woodmansterne stand at Spring Fair.

While Alison is certain that her husband Stuart will be eyeing up “the crazy adrenaline experiences” on offer, she is also hoping this can be combined with a relaxing stay in a lavish hotel.

“This year we will be marking the 20th anniversary since we opened in Wimborne and have been dealing with Woodmansterne since the start. It is a great company that just continues to come up with lovely ranges. As well as the humour collections, I especially like the new Emma Bridgewater additions; simple but stylish designs,” says Alison.

But Woodmansterne is not the only card publisher to have been handing out sizeable rewards to independent retailers of late.

Amanda and Mick Lockwood, co-owners Cards R Us in South Woodham Ferrers are now £1,000 better off – being the lucky winners of the Carte Blanche prize that marked the finale of the Cardgains Prize Draw Bonanza to mark the buying group’s 30th anniversary in 2019.

Commenting, Amanda told PG Buzz: “What a surprise it was to receive the phone call about our win. I was absolutely gobsmacked. The news certainly brightened up a very quiet, dull January morning at work!”

The Retas award winning retailer said that she and Mick had been wanting to go on holiday after the Christmas rush “so now the holiday is booked with the money and we are off next week …. can’t wait!!”

As Amanda added: “We always support the companies with new product with enthusiasm so it was really nice to get a reward for our efforts.”

Meanwhile it was not just one, but 16 of Cherry Orchard Publishing’s indie customers who have benefitted from a bonus surprise in the last few days, in the publisher’s Deal or No Deal voucher bonanza giveaway as well as from its Down Memory Lane Draw. Both promotions form part of the celebrations for the company’s 25th anniversary.

The Deal or No Deal initiative saw vouchers worth between £500 and 1p hidden in sealed boxes given to retailers placing orders £500+ on the stand at the Spring Fair. Among the winners are Humbugs/The Card Shop (Leighton Buzzard), Inspirations (Ulverston), Harpers & Co (Darlington), Madhouse Cards (Nottingham), Surrey Homewares (Walton On Thames), The Card Hall (Maidstone), Paddock Wood Cards (Paddock Wood), Fitch’s (Sheerness), Cards & Gifts (Sheffield), The Card Shop (Pontefract), Terry’s (Wigan) and Hallmark  T/A To the Moon and back (Tynemouth).

The four winners of its Down Memory Lane Draw, each of which won a £250 prize, have been revealed as Costumes & Cards (Wallsend, Newcastle), S.W.A.L.K Greeting Cards & Gifts (Sheerness, Kent), Paydens (Oxted) and Grove Road Cards in Eastbourne.

In addition, Cherry Orchard’s giving nature has also extended to the animal kingdom. The publisher’s creative director Beverley Fisher’s created an original drawing of a koala that was framed and raffled at the Spring Fair to support the WWF Bushfire Emergency Fund, raising almost £700 for the charity. The lucky winner was Sandra Handley of Madhouse Cards in Nottingham. It was a double win for Sandra as she also won £75 in Cherry Orchard’s Deal No Deal bonanza. Commenting Sandra told PG Buzz: “I was over the moon to receive the phone call on my birthday to say I had won the koala picture. It arrives next week and will be given pride of place in my home.”

She also paid tribute to Cherry Orchard. “As a company they do so much to show they appreciate our custom. Added to that they publish some fantastic products. I have ordered all the new ranges as feel they are best I have ever seen.”

Top: Amanda Lockwood, co-owner of Cards ‘R’ Us, with her big cheque from Carte Blanche.

Praising Christmas Cards: Archdeacon of Hackney’s Thought For The Day On Radio 4

How To Hopin To The Henries On December 10

Praising Christmas Cards: Archdeacon of Hackney’s Thought For The Day On Radio 4
on December 4, 2020
A wonderful sermon on the merits of Christmas card sending spreads tingles of joy  ... 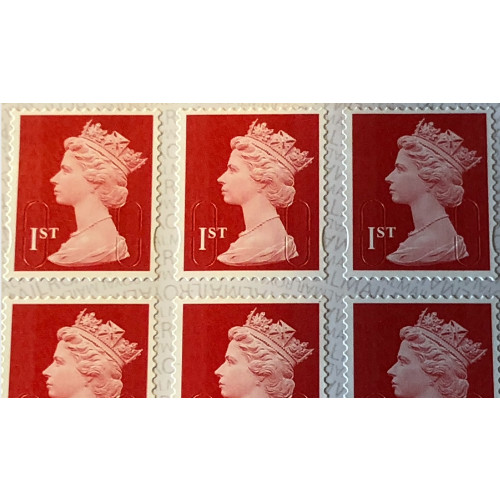 Disappointment As The Cost Of A First Class Stamp Is To Rise To 85p On Jan 1
on December 4, 2020
Greeting card industry to feed back to Royal Mail with its concerns...