The sun shone brightly on Harrogate

The gorgeous sunny weather added to the positive vibe at Harrogate Home and Gift show, which got underway on Sunday (and runs until tomorrow, Wednesday 25 July).

PG Buzz shares a few snaps from the show. 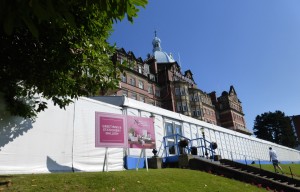 For the second year running there is a dedicated Greetings and Stationery Gallery at the show. 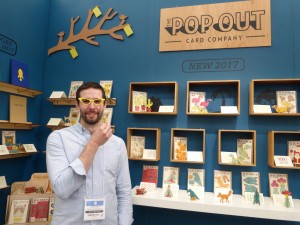 Eye eye! Jonathan Aspinal demonstrates one of the innovative designs from his Pop Out Card Company.

Broadcaster and journalist Janet Street-Porter gave an inspiring keynote speech about the importance of banging the drum for British made products as part of the Great Northern Retail Forum at the show. 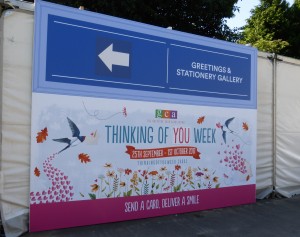 It was hard to miss the new Thinking of You Week livery, which was showcased close to the Greetings and Stationery Gallery. 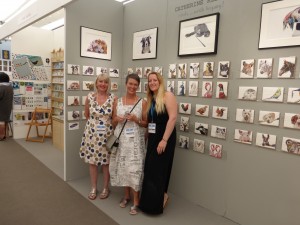 Greeting card camaraderie was very much in evidence at this sociable show. Catherine Kleeli (centre) catch up with Megan Clare’s Gill Purdie (left) and Megan Purdie. 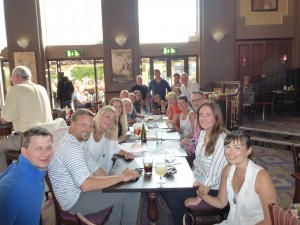 In keeping with tradition, members of The Ladder Club from many different publishers met up for a meal at the end of the first day. 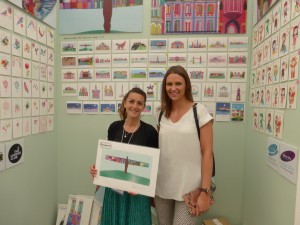 ‘Angel of the North’, Fenwick’s buyer Emma Hawkins with Ilona Drew of I Drew This. 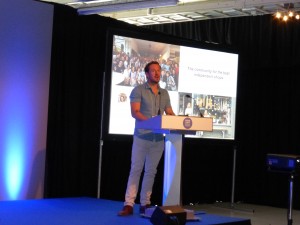 Trouva’s commercial director Hugo Jenkins shared his crystal ball readings on the future of retailing and how independent retailers can survive and prosper in these challenging times. 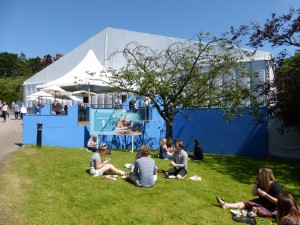 The Harrogate show would not be the same without some chilling on the grass!

Impact Of Lockdowns To Push Card Factory £10M Into The Red

Retailers See The Light After The Christmas Count-up

Retailer Revelations: From Christmas And Beyond…

The Retas 2021 Are Open For Entries and Nominations

Retailers See The Light After The Christmas Count-up
on January 22, 2021
Just Cards, Best Wishes and The Well Good Card Shop share their festive trading experiences and hunches for 2021 ...

Paperchase Gains More Time As A Second Notice of Intent Is Granted By The Courts
on January 22, 2021
Retailer now has up until February 3 before it has to announce its new structure ...

The Retas 2021 Are Open For Entries and Nominations
on January 22, 2021
The hunt is on to seek out the UK’s best greeting card retailers! ...

Impact Of Lockdowns To Push Card Factory £10M Into The Red
on January 15, 2021
The UK’s largest card specialist is braced to break its banking covenants ...
Get the latest news sent to your inbox
Subscribe to our daily newsletter