With lockdown continuing to ease, the flexi-furloughing scheme in full operation and more of the greeting card community now back at work, PG Buzz checked in David Byk, ceo of Ling Design, GBCC and Penny Kennedy to get his take on how the ‘new normal’ is panning out for his businesses and what he thinks it ‘tastes’ like.

What is new ‘now’ like for you and Ling/GBCC/Penny Kennedy?

“I feel gutted that councils have started to charge for parking again. And I understand that in some cases they have even put costs up post-lockdown. This is making it harder on the high street.

We have seen a continued massive volume going through garden centres, which continued after their catering operations re-opened on July 4.

It would have been better if more schools had gone back earlier as this would have seen people’s confidence towards going out building and would have been able to spend more time to go back on the high street again which is so important.”

What positive stuff has come out of this period?

“People have been buying a lot of cards. We have seen some massive orders come through and have even opened new accounts which is fantastic. Father’s Day was good for many retailers, which was a bonus shot in the arm.

We are also getting great engagement with our customers and lots are saying ‘send me what you think I need’ as they just don’t have time to do it themselves or know that tastes and requirements may have changed and we understand those. Our customers are focusing on their business, leaving us almost as ‘greeting card consultants’ which is fine with us.”

How do you reckon will things pan out?

“Everyone talks about the ‘new normal’ which is a dreadful phrase as we need to do everything we can to make sure this isn’t the new normal.
As publishers anything we can do to make retailers’ lives easier so they can focus on the end customer and making a living is beneficial. We have done this by our 8 til 8 service but also by rolling out our planning service at Ling.

Of course, we have also launched new ranges which is getting people shopping again and saw reorders on our GBCC NHS-supporting range (A Million Little Things) soon after it launched.

I think the market dynamics will change, but it will all depend on a ‘second spike’. With less people going abroad I think that the coastal and market towns will do well, but I worry about trade in city centres and transport hubs.

A key issue for the industry is Christmas with everyone hoping that unemployment isn’t going to reach the rates predicted and that people will want and be able to celebrate it.

I also do think we (as an industry) should show leadership on the plastic wrap issue and be careful as to our next steps, although I do think there is a place for wrapped cards. The government shows no sign of stopping the planned legislation around reduction of plastic on the likes of food packaging and cutlery despite them having had a real surge in use and demand through the crisis. We do not want to be seen as an industry adding to the waste issue and getting bad press for that at a time when we need to protect and grow our market.”

What would you say is the taste of the ‘new normal’?

“I think it’s like a cheap tequila. It’s rough going down and you need distractions (salt and lemon) to make it better. After a few though everything sort of appears great or you need to go and lie down in a dark room and hope it all goes away!” 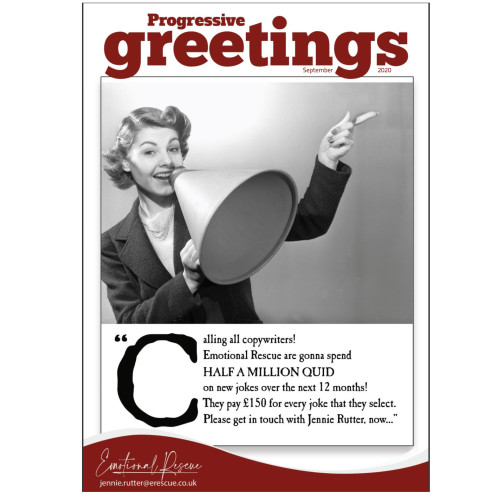 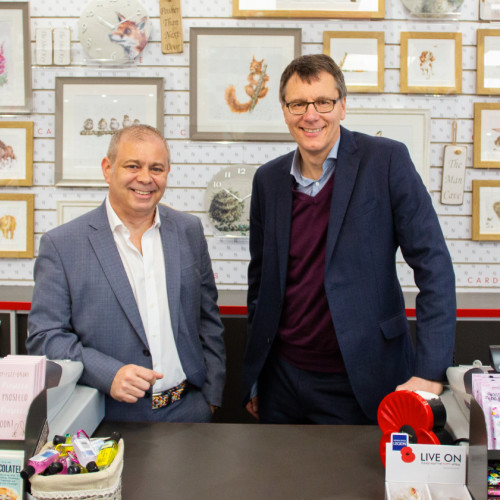