Respected card retailer Miles Robinson contributes to an ongoing discussion about concerns that some of the Spring Seasons are under threat due to some publishers deciding not to publish cards for all of some of the events, seeing them as unviable due to the SOR agreements and brokerage terms.

The bigger picture: “Out of the Spring Seasons, the one suffering more than most is Valentine’s Day. The others are influenced more by the weather and length of selling period (in the case of Mother’s Day in its proximity to Valentine’s Day) and I think these events are holding up relatively well. That said, with more and more types of retailers stocking Spring Seasons cards the specialist card shop has lost out to supermarkets, garden centres, bookshops etc. We can all help by making sure we personally continue sending/giving cards for each season. I question, for example, whether all of us in the trade send Valentine’s Day or Easter cards?” 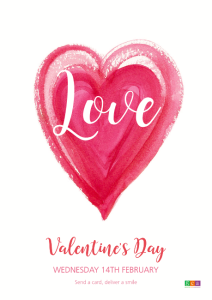 The SOR conundrum: “Personally we think the SOR arrangement is detrimental to the Spring Seasons events. Although we do enjoy SOR from some suppliers, more and more of our stock is being bought on firm sale. It is not that difficult to work out how many and which cards you sold for any given season/event, and this should be the basis for any retailers buying the following year, so barring any disasters, SOR should not be a problem.

If publishers stopped offering it as an option then this would help somewhat, but I also think so called ‘packages’ are also detrimental as it means retailers have to agree to take what many would predict would be the worst sellers alongside decent sellers and will run out of the best sellers, leaving only the worst sellers.”

Changing habits: “Later, later, later!! has been the buying pattern for the Spring Seasons in recent years as consumers leave it later and later to do their buying. This in turn makes it harder for us as retailers to react, in fact, it’s neigh on impossible. Over the years we have reduced the number of designs, but increased the quantity of those we think will be the top sellers and in most cases this has worked well.”

Spring in our step: “The potential to grow the Spring Seasons as card sending events is to concentrate on the winning designs. During the final week of each Spring event we always double or even triple face many designs and fill an extra card rack or two. There is a market for ‘captions’ on all of the events and this is slowly growing for all bar Valentine’s Day’s (which has been damaged by social media to a great extent). Overall though, I think the way to make all the Spring Seasons more successful is to produce less choice and for us retailers to sharpen what we buy!”

Relive The Retas, The Positivity Is Overflowing!

Still Time To Get Into The Festive Friday Feeling

Cardzone Has Acquired Mooch, The Five Store Northamptonshire Group
on November 26, 2021
The acquisition takes Cardzone up to 191 stores...

Spring Fair Launches Curated Meetings
on November 26, 2021
Greeting card brands and retailers to be included in the 1:1 meetings programme...

Relive The Retas, The Positivity Is Overflowing!
on November 24, 2021
All photos from the event are available to view and download...
Get the latest news sent to your inbox
Subscribe to our daily newsletter