In what constitutes the biggest news in the global greeting card world for decades, the majority shareholding in American Greetings, the parent company of UK Greetings, has been sold to US investment company, Clayton Dubilier & Rice. 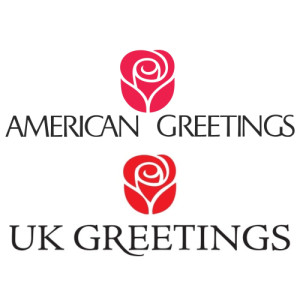 American Greetings, the second largest greeting card company in the world (with a turnover of $1.8 billion) was taken back into private ownership by the Weiss family in August 2013, having been quoted on the US stock exchange for many years previously. It has been run by chairman Morry Weiss, his two sons Jeff and Zev Weiss have been co-chief executives with John Beeder (who joined the company from Hallmark) as president and chief operating officer. The Weiss family is to retain a stake under the new ownership and remain as directors, but will no longer hold the reins.

However, Clintons, the UK retail chain that AG acquired in June 2012, is not included in the CD&R deal and ownership will remain with the Weiss family.

Eddie Shepherd, ceo of Clintons commented: “The Weiss family have been incredibly supportive owners of the business and it is fitting that on the eve of Valentine’s Day they are affirming their love for the brand.”

This big news comes only a few weeks after it was announced that Gary Rowley, the long standing ceo of UKG is retiring on March 1, with James Conn, current group sales and marketing director being promoted to the role.

The conception and installation of the new card, wrap and party department involved over 1 million units of stock, plus re-fixturing nearly 600 stores and launching over 95% brand new designs.

The Greeting Card Industry’s Reawakening, But Some Are Still A Little Sleepy

Taste Of The New Normal: Linda Bygrave, owner of Celebrations in Aylsham

Taste Of The New Normal: Linda Bygrave, owner of Celebrations in Aylsham
on July 14, 2020
Leading indie shares her views on what life in the new normal is like in her neck of the woods ...

Card Factory Moves Towards Better Representation Of Diversity In Its Card Selection
on July 14, 2020
The UK’s largest card retailer has embarked on progressing improvements in its diverse offering ...

Opinion: Will Covid-19 Affect Future Chinese Manufacturing?
on July 14, 2020
Greg Warrington, ceo of Sourcing Support Asia shares his views on how the pandemic is likely to impact Far Eastern sourcing ...

Just A Card Smashes Its Second Crowdfunding Target
on July 7, 2020
Donations from over 1,300 supporters sees the grassroots campaign raise over £23,000 through a crowdfunder...
Get the latest news sent to your inbox
Subscribe to our daily newsletter