An antidote to the fast-purchase culture of Black Friday, Just a Card – Indie Week is gearing up to shout loudly next week (starting on Monday 22 November) with the public about supporting independent retailers as well as artists, makers and small businesses. 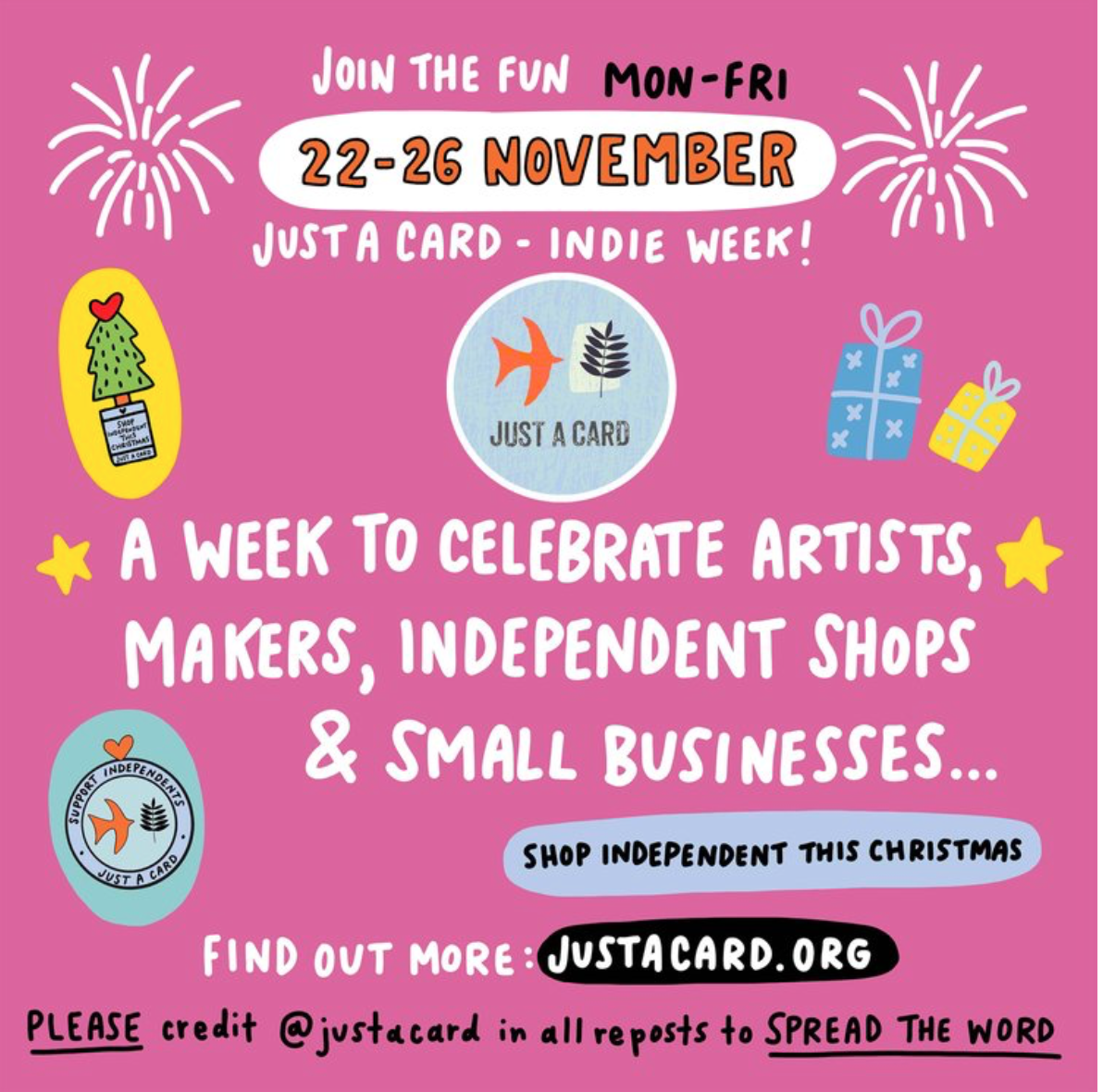 Last year’s Just a Card Indie Week was supported by over 5,000 indies who shouted loudly and proudly about supporting the UK’s incredible independent community.

The campaign is already gaining momentum with Just a Card’s many supporters taking to social media sharing the many positive, illustrative messages, launching initiatives in store and online to promote the merit of supporting indies. 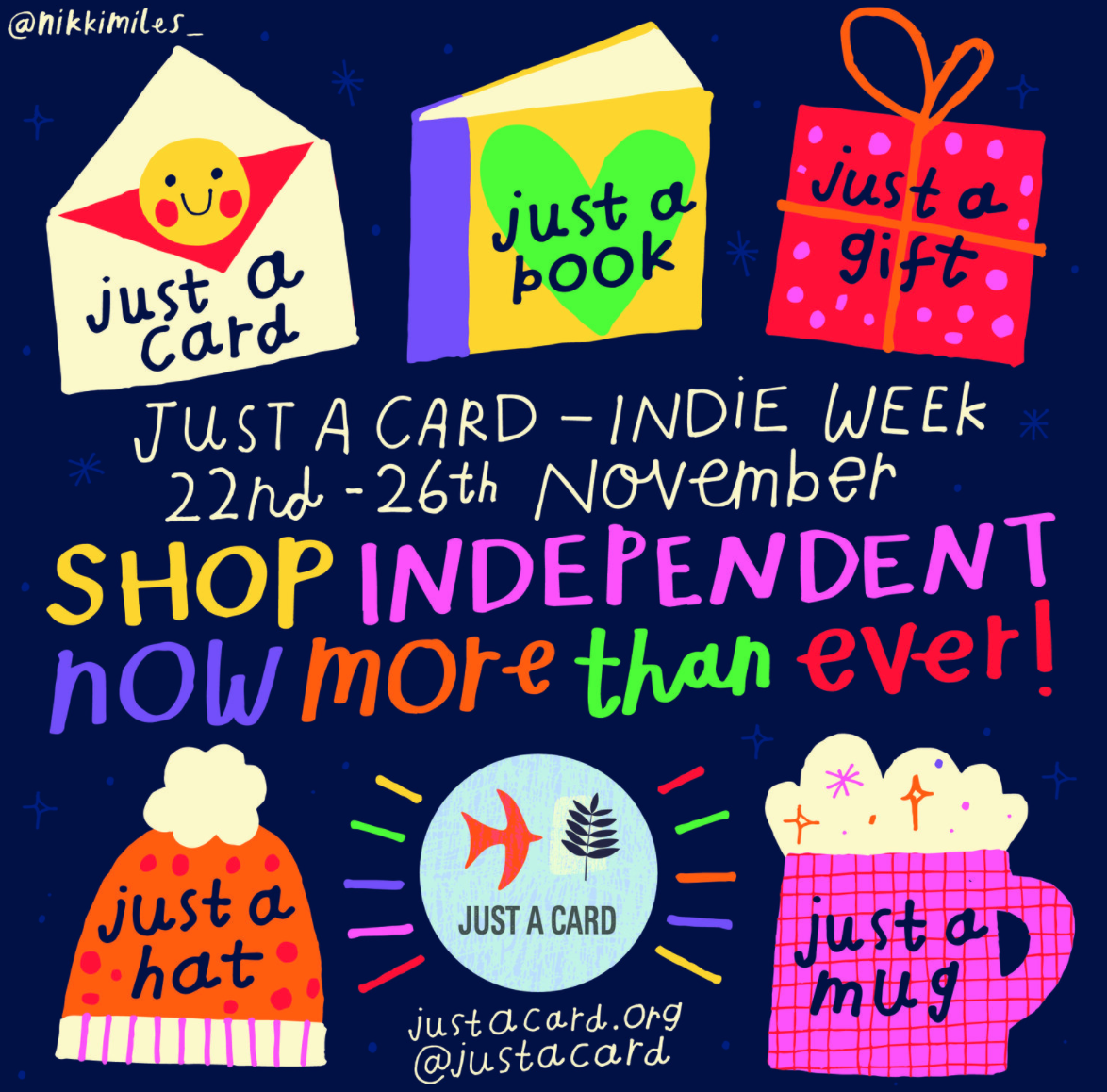 Relaying how the Indie Week came about, Just a Card’s founder Sarah Hamilton explained: “Five years ago I had the idea to challenge the notion of Black Friday, as I felt independents needed their own platform – so Indie Friday, the colourful, independent alternative was born. It was so incredibly popular that we decided to build up to it by holding a week long celebration – JUST A CARD – Indie Week!”

While Sarah stresses how important it is that becoming involved in the campaign is free so that people can pitch in as they can, she also urges people to buy one of the special pin badges.  “Wearing one of the pins are always a wonderful way to help keep the ‘Shop Independents’ message on the tip of people’s tongues.  They are for life – not just for Christmas – and they really do spark conversations and get people supporting artists, makers, independent shops and small businesses. Plus, they look pretty awesome too!”

This year’s Just a Card – Indie Week is being sponsored by Neartoo, a new online trading marketplace conceived specifically for independent retailers, which is being officially launched by Bira (British Independent Retailer Association) next week to coincide with the Indie Week. 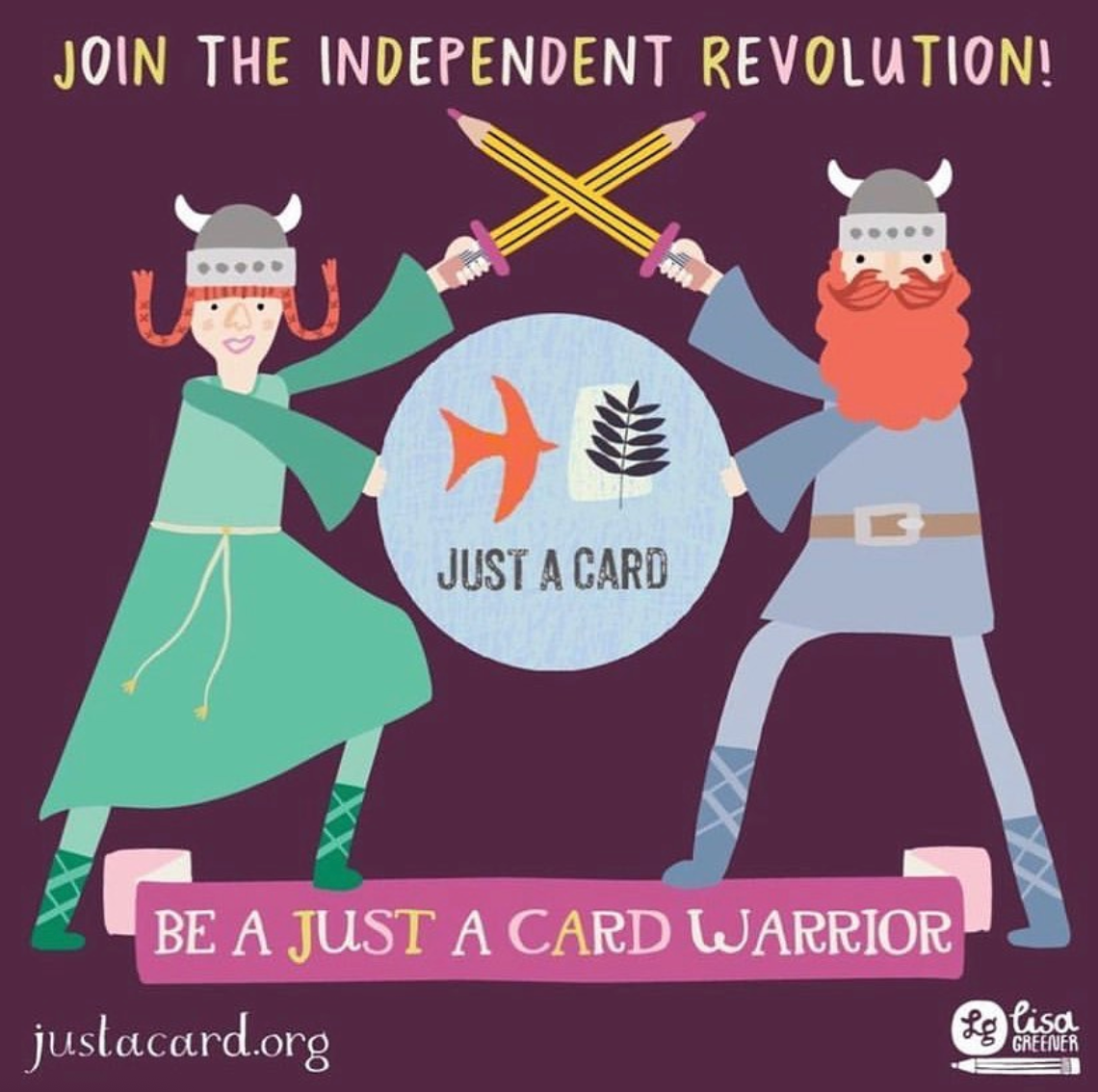 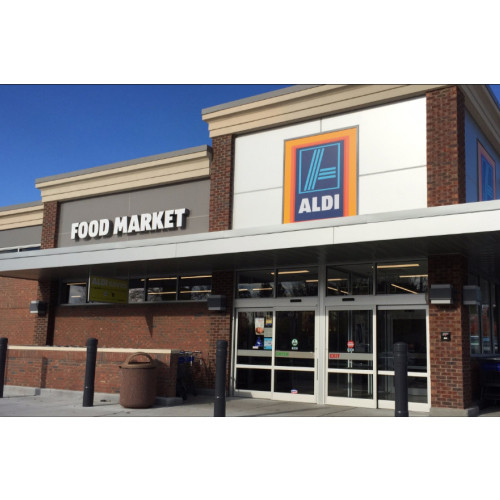 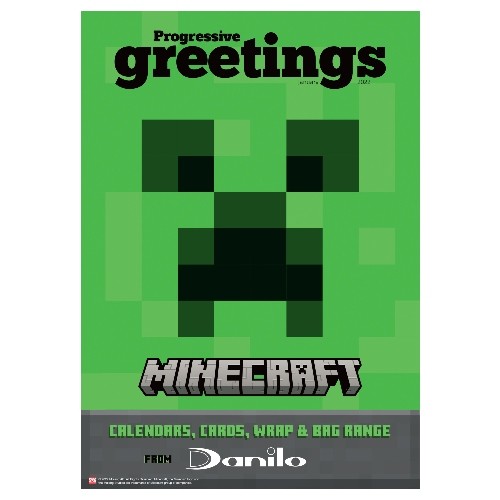