Doing The Honours For Cardzone’s Paul Taylor At The Henries

The Honorary Achievement Award – the ultimate award to be presented at The Henries last Thursday’s (October 7) was presented to Paul Taylor, co-founder and managing director of Cardzone for his significant contribution, passion and commitment to the greeting card industry over the last forty years.

Although renowned for having his ‘finger on the pulse’ of any extra happening, Paul had no idea that he was going to be presented with the trophy, yet gave an emotional impromptu acceptance speech in which he thanked the industry and the whole of the Cardzone team. The icing on the cake, unbeknownst to Paul, was that his wife Chris (who was in on the secret) was in the audience to witness the uplifting moment.

Responding the day after The Henries, Paul told PG Buzz: “I was completely overwhelmed by the award…very humbled and in shock when I realised it was me.

In terms of what I would have spoken about in my speech, if I had been foe-warned it would have gone something like this…

The industry has gone through incredible challenges since the pandemic hit. Being classed as a ‘non-essential’ retailer and told we couldn’t trade was a massive hit to our business.

However, the resilience of the consumer and the industry. once we could open, has  been incredible. We may not be hitting 2019 numbers and probably never will, but I’m so encouraged how the sector has bounced back.

As I write this the managing director for ASOS has just been fired due to the company forecast due to the reopening of the High Street over six months ago. That says so much about the massive importance of ‘non-essential retail’ on our High Streets etc.
The specialist greeting card sector, in which we operate, has suffered huge changes over the last couple of years.
My Henries’ award is mainly down to the wonderful management team we have at Cardzone, but all of our 1,000+ colleagues.

I realise I’m known as a bit of a gossip but I had no idea about this wonderful accolade!

“To be held in the same league as all of the previous winners, makes me feel extremely proud, something that I will always treasure.”

Joanne Davis, managing director of UK Envelope Centre, as sponsor of this award category presented the trophy to Paul to rapturous applause from the 500 strong audience.

In her introductory speech prior to the presentation of the award, Jakki Brown, joint managing director of Max Publishing (which owns and organises the awards) paid tribute, not only to Paul’s achievements, but the calibre of the man, whose strong ethics and fairmindedness have earned him the respect of his suppliers, competitors and colleagues alike.

This is what Jakki said….

“The Honorary Achievement Award is a very special accolade. In many ways tonight’s award is particularly poignant, as we recognise someone who has given their all to this industry for over four decades, with their passion, compassion and fortitude never faltering, despite the tsunami of challenges the last 20 months have thrown at them.

Over the last 40 years their love and understanding of the industry, coupled with an innate entrepreneurial spirit and tenacity that knows no bounds has seen them excel both on a business and personal front. Their hardworking hands-on approach, matched with a strong ethical stance and appreciation of relationships has seen them earn the respect of their competitors, suppliers and team mates alike.

They started their career, as many have, as a humble sales representative for a leading greeting card publisher, but that plucky 20 something had retail in their blood, having earned their spurs as a kid in the family newsagency business. So, in the 1980s, the embryonic days for specialist card shops, they left behind the security of the corporate world to become a retailer. They started with one shop, but before long that had grown to seven, attracting the attention of serious venture capitalists who not only acquired the business, but recognised the importance of securing our winner’s undoubted talents to fulfil the dream of building a specialist multiple chain. They were indeed very successful, so much so that having grown it to 200+ shops in a remarkably short space of time, the VC’s opted for a profitable early exit, much to the disappointment of our award recipient.

A forced sojourn robbed the industry of this individual’s undoubted talents for seven years, but having bided his time on the periphery, he bounced back in with a vengeance.

In 2005, joining forces with a former colleague, the first of a new breed of greeting card shops opened its doors in the East Midlands, with the ensuing 16 years, through organic growth and acquisition seeing this expand to almost 180 shops, the length and breadth of the UK, with plenty more in the pipeline.

Yes, they have been successful, but it is the manner in which they command themselves which sets our award winner apart. While there is no denying they are a canny negotiator, it is the fairness, loyalty and camaraderie that shines through.

They have another talent, being the king of industry gossip. Well tonight, they’re the one we’re all talking about, in a very good way.

I have had the great fortune to know this person for 30 years and count him as a friend. So, it gives me great pleasure to announce that the Honorary Achievement Award 2021 goes to Paul Taylor, co-founder and managing director of Cardzone.”

Top: Paul Taylor with his Honorary Achievement Award trophy that was presented to him at The Henries last Thursday (October 7) 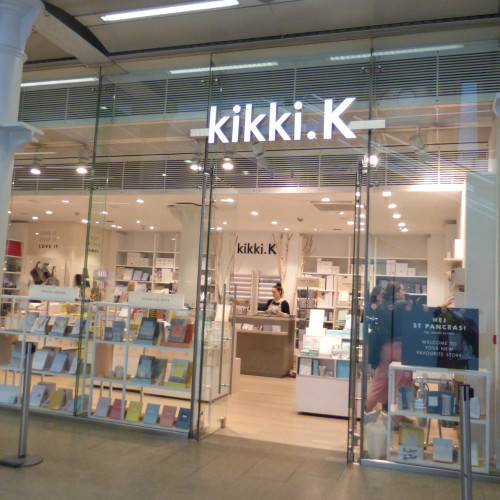 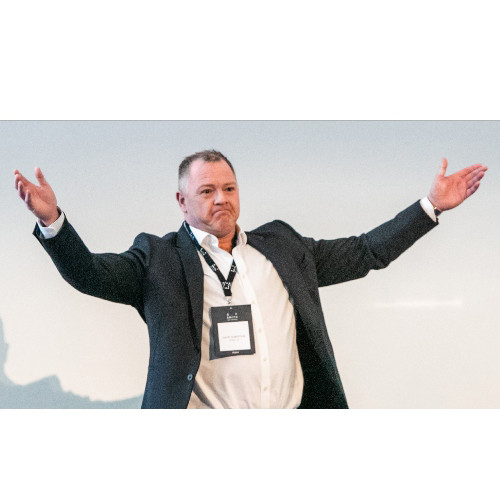 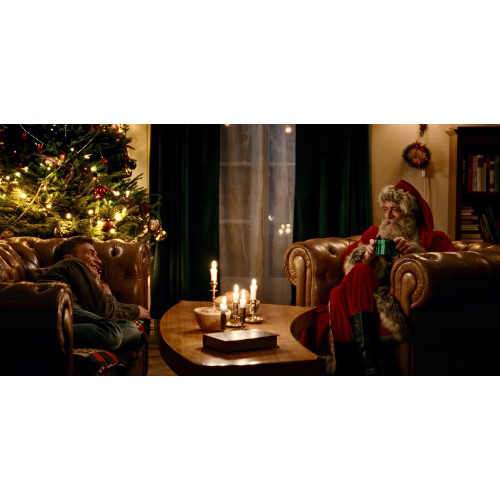