What goes on tour usually stays on tour – but the Buddy Fernandez boys have promised something different as they trek over 2,000 miles around Britain on The Buddy Tour.

Starting tomorrow (19 January) Lee Rowlett and Wes Venn are driving their trusty red Bedford Rascal van with its mighty one-litre engine at a thrilling 50mph around the country to take the unique Buddy experience direct to retailers, and they’ll definitely be letting everyone know what happens.

“We decided that, this year, we’re not asking our customers to come to us,” Buddy Fernandez founder, co-owner and design sheriff Lee told PG Buzz, “instead we’re going on the road for 10 days to see them.

“Buddy used to work in advertising until he wandered off to drink scotch in a row boat before starting to write funny little greeting cards that finally said it like it is, so we thought we’d get him out and about to remember what life was like before he was forced into isolation, and find out what really makes our lovely retailers tick – plus pinch their biscuits as he does love chocolate Hobnobs and ginger nuts.”

Co-owner, managing director and naughty rascal Wes added: “It’s The Buddy tour – working title! – and we’re doing it in the van. It’s nearly a litre’s worth of power and goes nearly 50 miles an hour. It’s a 1989 Bedford Rascal, in racing red, for 2,000 miles across three countries – I’ve had the spark plugs done, and yes, we have comprehensive AA breakdown cover.”

Lee explained: “We’re starting in Leighton Buzzard, Beds, at The Happydashery, as our offices are out the back, then straight off to the bottom of Cornwall via a couple of stockists in Devon on the first day. It’s about six hours driving each day in a tiny van – it is a really tiny van.

“From Cornwall, the route takes us up to South Wales via Somerset, then on through the Midlands to Manchester, then Scotland – through Glasgow and Edinburgh. After that it’s down through to Essex and Kent via Newcastle and, on the way to Brighton and the Isle of Wight, we’re stopping off at Gatwick to leave the van and fly to Jersey for the day. That’s the only hotel we’ve booked as the flights are booked too, we’re winging it for the rest.”

“We’re not going to Northern Ireland yet as we haven’t any stockists there at the moment, so it’s not quite a full UK tour, but we’d love to hear from anyone who wants us to call in – mine’s a black coffee (no sugar) and Wes drinks namby-pamby Earl Grey tea.”

With an extremely large can of air freshener ready and smiling through gritted teeth at the thought of cramming his 6ft 2in frame into the miniscule cab for around 50 hours of driving across England, Wales, and Scotland, Lee is aiming to visit almost 50 existing customers while hoping to pop in to new shops as they pass by, and he added: “if we don’t murder each other, it’ll be fun!”

Known for their honest, funny and often rude cards, Buddy Fernandez has brought a fresh perspective to the greetings industry with ranges such as Honesty, Proverbials, Karachi Damp, and Wild Life since they began eight years ago, and they have a raft of new designs ready to show off on their 10-day tour.

As well as being featured in multiples including Scribbler, Sainsbury’s and online stores Moonpig and Funky Pigeon, Buddy Fernandez is a favourite with indies so, if any would like to be part of the tour, contact them on yep@buddyfernandez.com or call 07816 548820. 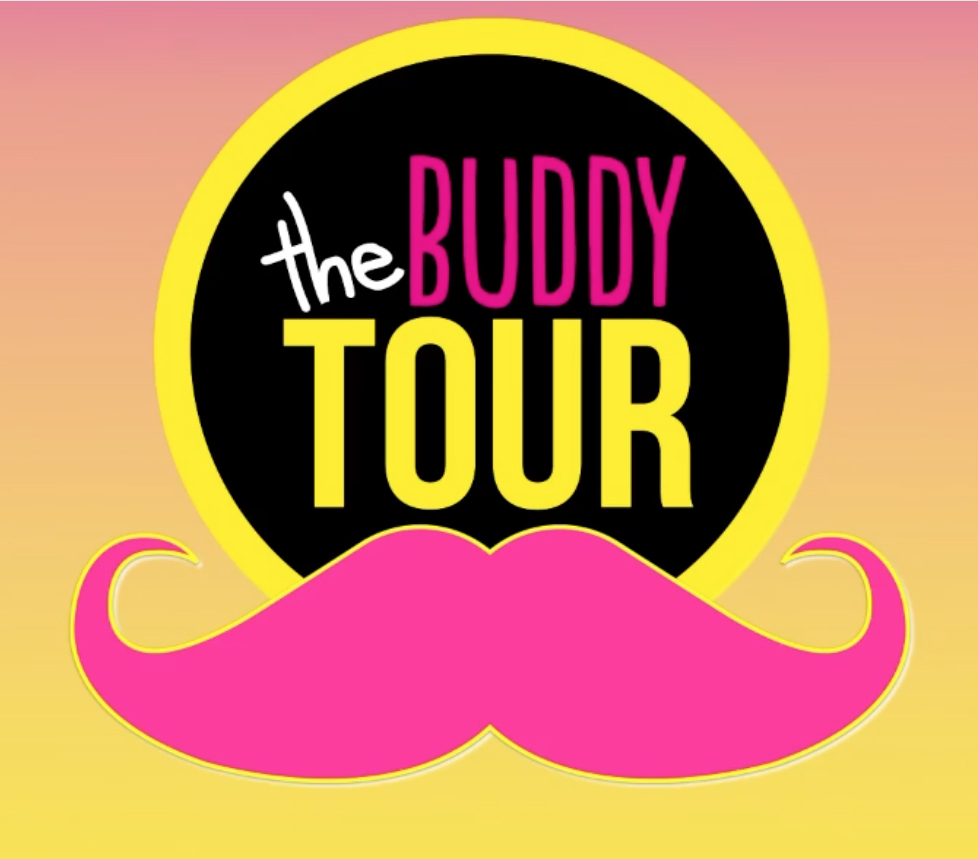 Top: Buddy Fernandez’s Lee and Wes are are going ‘on tour’ tomorrow in their red Rascal van.

Hooray for The Henries 2022

The Retas 2022 open for entries and nominations

Retailers’ and overseas distributors’ excitement builds for PG Live 2022
on May 11, 2022
Registrations soar for the UK’s only specialist greeting card trade show...

Six days before London Stationery Show 2022 opens
on May 11, 2022
Get on down to Islington to indulge your love of pens, pencils and notebooks...

Trouva acquired by Made.com
on May 11, 2022
Following the acquisition online marketplace will continue as standalone brand...

Sara Miller celebrates B&LLAs success
on May 6, 2022
Vibrant illustrations drew in first collaborator The Art File as collection continues to grow...
Get the latest news sent to your inbox
Subscribe to our daily newsletter