Autumn Fair gets everyone back into ‘work mode’

While schoolboys and girls were sharpening their pencils and polishing their shoes in readiness to go back to school, retailers headed to Autumn Fair at the NEC to stock up with products for the new ‘term’ in their shops. PG Buzz shares a photographic flavour of the show. 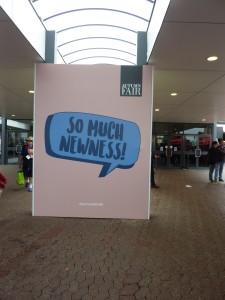 Above: Contemporary graphics for Autumn Fair heralded newness from exhibitors. 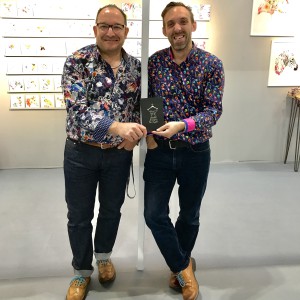 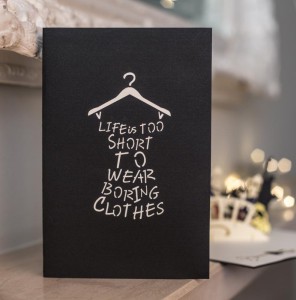 Above: Midlands’ agent Ian Bradley (left) challenged Wraptious’ md Simon Wadsworth, both well known for their exuberant attire to a ‘Shirt Off’ at the show. The challenge was reinforced by card design from exhibitor Cardology which features the message ‘Life is too short to wear boring clothes.” 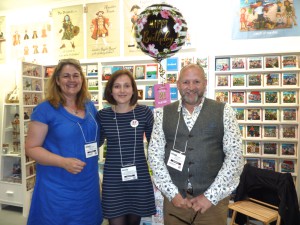 Above: There is an uncanny correlation between trade shows and celebrations for Holy Mackerel-ers. The Autumn Fair coincided with (centre) Beth Hopkins’ 21st birthday. Beth has been working at the family firm during her university holidays. This event follows hot on the heels of the 25th wedding anniversary of her parents Sarah and Wyn Thomas (pictured above) which fell during Harrogate Home & Gift (at which Wyn also celebrated his birthday) while Sarah’s birthday invariably falls during PG Live. 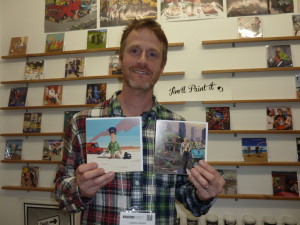 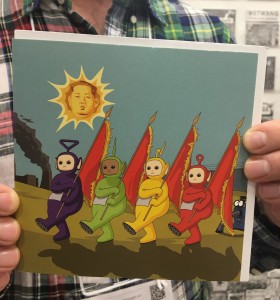 Above: Dominic Greyer attracted a lot of attention with his Jim I’ll Paint It range based on the pithy parodies by artist James Murray who has built up a huge following on Facebook (some 800,000 people) for his artworks which are entirely based on suggestions from members of the public. Among the recent bizarre popular culture suggestions include Postman Pat in ‘Breaking Bad’ mode; apocalypse in Coronation Street (both being held by Dominic) as well as what the Teletubbies would look like if they were in North Korea. 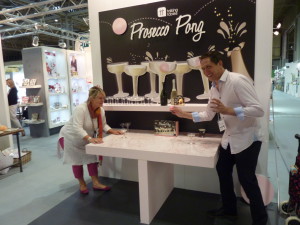 Above: It wasn’t all work! Blue Eyed Sun’s Jeremy Corner challenged PG’s Jakki Brown to a game of Prosecco Pong on the Talking Tables’ stand. 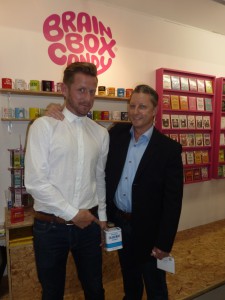 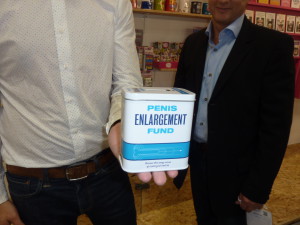 Above: Brainbox Candy’s co-founder Mark Hickman (left) asked Bentleys’ co-owner Stephen McHale to make a donation to his special ‘piggybank’ which is part of the new gift range from the company. 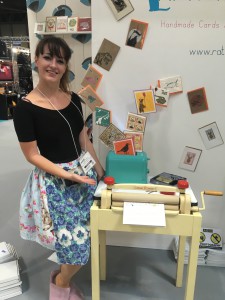 Above: It was a case of ‘everything but the kitchen sink’ on newbie publisher Ratty Cat Cards’ stand. Centre stage of the 1950s domestic bliss themed stand is the antique mangle that founder/creator Libby Morris actually uses to print her linoprint cards. 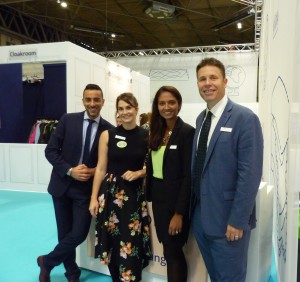 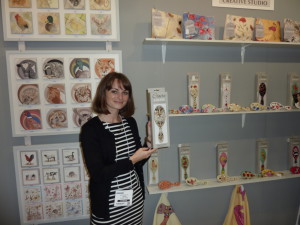 Above: Claire Louise, founder of Claire Louise had a great ‘hair raising’ diversification idea – she launched a range of gift packaged hairbrushes featuring some of the distinctive artwork that features on her cards. 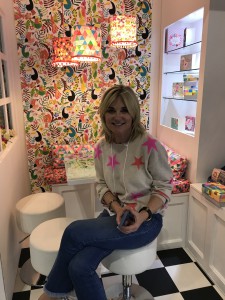 Celebrity Andrea Turner was a big fan of the Paper Salad stand at the show.

Products Of Change partners with Autumn Fair’s Power Of One

Anita bubbles over at win

Products Of Change partners with Autumn Fair’s Power Of One
on August 9, 2022
Trade show drive for sustainability education and practice guides...

Whoops of joy from The Henries’ finalists
on August 5, 2022
The good news from jubilant publishers travels fast...
Get the latest news sent to your inbox
Subscribe to our daily newsletter